Why Return Serve Is So Important In Your Game 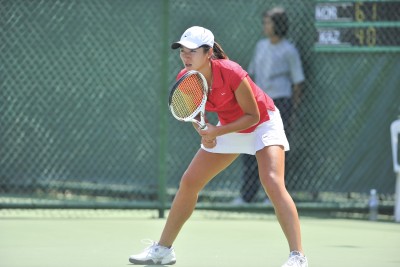 If I impart nothing more to you today, it is this: your return serve is highly important.

Andre Agassi was famous for his powerful return serves. Next time you see Serena or Venus Williams playing on TV, watch the way they stare at the ball as it is being served. Roger Federer is also known for his fierce concentration on the ball during a serve.

If you are weak at returning serve, it can cost you the match because it gives your opponent an inbuilt advantage based on a weakness he can continue to exploit.

If your opponent is even a half decent tennis player and uses any sort of strategy, she will likely evaluate what your most vulnerable return service is, and aim to put the ball right in that area every time. She hopes to overpower you with a fierce serve and double her advantage by putting you in a position where you are forced to respond with a weak stroke.

I like to teach my tennis players to stay on their toes, keep their feet moving and be highly vigilant when their opponent launches a serve. Gauge as quickly as possible where it is heading. Keep your eye on the ball from the moment it is tossed into the air. The ball will tell you where it is headed. You can often get a clue from where the server tosses the ball. To his right will probably take it to your right; above his head will probably take it down the middle line; behind him may give it a tricky spin. As soon as you know if you are dealing with a forehand or backhand, pivot your feet, shoulders and hips, preparing for contact.

A really fast serve can take as little as 1 or 2 seconds to make it across the net, which tells you that you have almost no time to calculate where it is going once it is served. So hop and shuffle your feet, ready to move in any direction. Use a short and compact swing to return the shot if the serve is really fast. Stand back if necessary to win some extra time.

Another strategy is to be less offensive in returning their first serve because you can over compensate and end up making a costly error. Let your shot be in the neutral zone. Just plan on getting it in. You can be a little more aggressive on the second serve if it comes to that, because it will be less aggressive in their attempt to make it count.

One great tip that I want to mention is that after you have return the serve, you need to keep moving towards the centre of the baseline. A lot of players commit the mistake by stopping after they return the serve. They ended up getting attacked by the server again.

Play a strategic game. Keep the score in mind so you know when you can afford to take a gamble on an aggressive shot, and when it might sink you. As a tennis coach I have noticed the return serve is one of the most undervalued shots in tennis because nobody places much importance on it. If you practice yours it will give your overall game a tremendous advantage.