New to Tennis Coaching? Discover My Top 8 Lessons On Managing Your Teams

It was a month long competition journey with the players, especially the boys. There were ups and downs throughout the season and I want to share 8 lessons that I have learnt while managing the teams.

Learn These 8 Tennis Coaching Lessons On Managing Your Teams

Lesson 1: Instill belief in the players 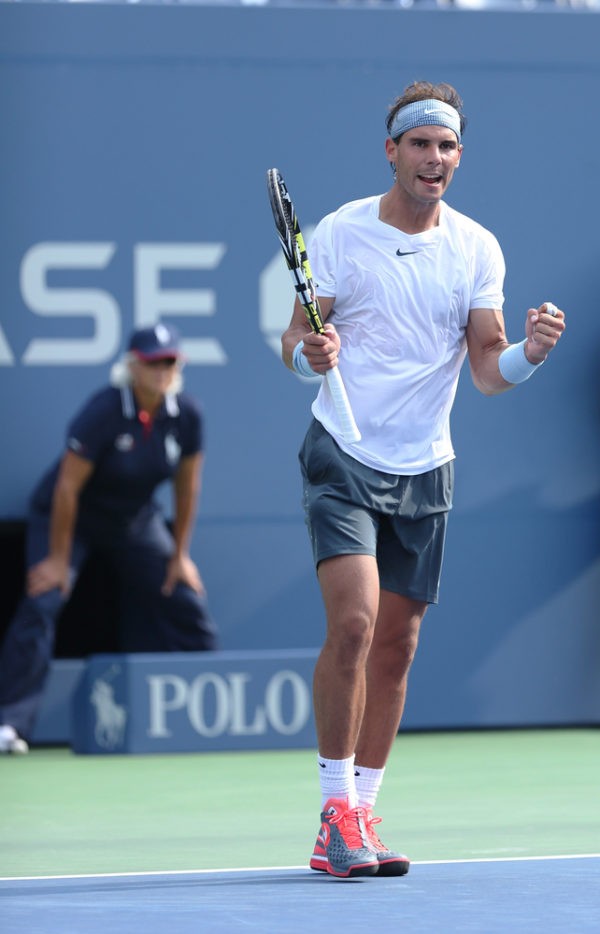 Prior to the start of the first match, one of my key players, Isaac, fell sick and couldn't train for two weeks. His mum requested that I excuse him for his first match against a seeded team.

My fellow coach and I discussed the line-up and we chose a reserve player to stand in for him.

On match day, I could sense that the team was not feeling confident because of Isaac’s absence. Furthermore we were up against a seeded team and we were an unseeded team.

The first singles match started and our reserve player fought hard. He really surprised everyone with his performance though he lost eventually in the tie break. I had not seen him playing so hard during training and he really impressed me with his maiden match.

Our second singles player and first doubles pair won their matches and the opponent won their second doubles. It was tied at 2-2. The third singles was the decider.

It turned out that my third singles player was much stronger than the opponent and he won easily 9-0.

Players tend to feel inferior when they face a perceived stronger opponent. Many times when they hear that they will face a traditionally strong school, they feel half the battle is lost.

As teachers or coaches, we must instill belief in the players that they can do it. Whether it's against a stronger opponent or losing a key player, they have to manage and figure out a way to fight the battle. Even if we are the underdogs, we have to give the opponent a run for their money.

Even if we are the underdogs, we have to give the opponent a run for their money.

Lesson 2: Give reserve players a chance

There are reasons why reserve players are not selected as key players. Probably their skills are not as good as the main players or their mental strength is not as tough as the rest. Sometimes it could be due to lack of experience and therefore they are not selected.

Whatever the reason is, don't neglect the reserve players. You never know when they are needed.

The story about Isaac not playing and one of my reserve players stepping up to play is one good case study. His technique and match play are definitely not impressive to a third person's observation. However he was trying his best to stay in a point for as long as he could. This is crucial in tennis because you need to outlast your opponent.

Though he lost in the first match, my player subsequently earned himself a place in the doubles pairing. He played in the next 6 matches!

Give your reserve players a chance to show you what they can do. You will be surprised. And even if they don’t step up, they get invaluable match experience.

I have many players who are in the “toddler's age” of tennis. Most of them picked up tennis in February and have to compete in April in the following year. If we deduct the holidays and examination periods, the actual training is probably about 10 months. 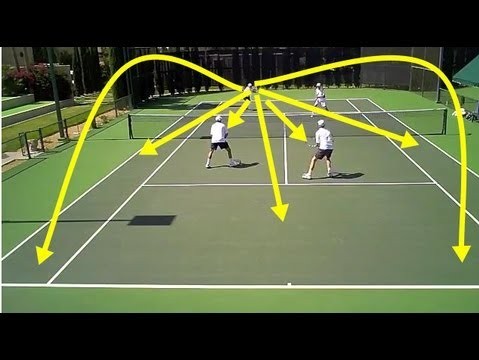 Give new players simple strategies and tactics. Don't complicate things for them

When it comes to playing matches, they are clueless on what to do because they really lack the experience.

I think it's really crucial to give them a simple plan to focus on in a match. There is no need for fancy strategy because they can't execute it anyway.

The most important thing for them to focus on is to stay in a point. Focus on keeping the ball in or hit the ball to the opponent's backhand. That's it. Keep it plain, simple and manageable for them.

If you have experienced tennis players then you can go deeper into analysing other opponents and work out different strategies.

Lesson 4: It's all about the mental game

There were a couple of games where my doubles pair were trailing behind. They were down 2-5 and things were not looking good. The opponents looked good on court, able to hit well and volley decently.

So they fought point by point, heeding my advice to breathe deeply when they were nervous. Eventually they managed to tie the game at 6-6.

Now, when you are up 5-2 and your opponent catches up and levels at 6-6, how do you feel? Anxious? Pissed? Frustrated? 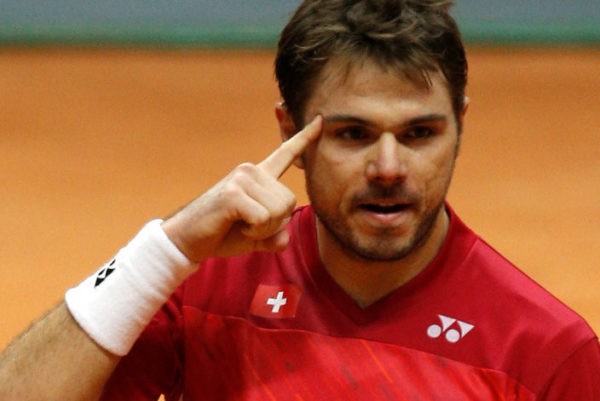 I could tell that the opponents were frustrated because their errors were creeping up. The match went to a tie break.

My players were calm in the tie break. Though they made some mistakes, they kept their cool. The reward? They won the tie break 7-5.

There are bound to be momentum shifts in the game. If you started badly, stay calm and loosen up. As long as the game is not over, you have a fighting chance to win the match. Stay mentally tough and fight.

Lesson 5: Bring the energy level up.

There are many types of opponents. If you watched the ATP tour, the pace is fast because all the players are accomplished players.

For school level competitions, the levels vary so much that you can have an experienced player playing against a novice player.

When my better players played against other players who were not ready competitively, the pace became really slow. It ended up with my player hitting with no rhythm and his energy level dropped together with the energy of the match.

They came to me and said that the match is so ‘boring’ that their body is shutting down. I know that's a little exaggerated but these were their words.

My advice to them was to keep the energy level up and finish the game fast rather than following the pace of a weak opponent. Generate your own rhythm and play your usual level. Remember it is not a coaching session between you and the weak opponent. You do not have to feed the opponent like a coach.

Build up the momentum because you will need it in your next match where you might be facing a tough opponent.

Lesson 6: Dream big but take one match at a time

After a couple of victories, my boys' confidence grew. I could hear them starting to talk about going for top 4 this year. It had never been done before so it would be a big thing for the school to achieve this goal.

When they were talking about it, we were still in the preliminary stage with two matches to go. During my pre match briefing, I would constantly remind them to stay grounded and focus on today's game against school X.

I think it is good to set an end goal of where you want to go but more importantly, you must take one step at a time to reach there.

The same thing happened at the quarter finals stage. The boys knew the decider was going to be against school Y which is the last match of the quarter final round and they kept talking about it among themselves.

So I had to remind them to stay focused in the present. If you don't finish the job today, there is no point talking about that anticipated match against school Y.

Remember, setting goals is a great thing to do for a team. However don't forget to stay focused and complete those small little milestones so that you can reach your end goals.

Lesson 7: Warm ups can be deceiving. Match play shows the true self

This is one of my favourite lessons that I want to share. In my years of playing volleyball and tennis, I have encountered numerous players who looked impressive during the warm up but when it came to the real match, they faltered.

My players would usually go and find out about the strengths of their opponents through their own network and then talk about it. That's supposed to be a good thing. However the downside is that they will form their own judgement and unnecessarily get worried .

Another situation was during pre match warm up, the players watched the opponent and sized up who were the stronger players. For sure, some of them could really hit hard and fast and serve decently. My players who were watching kept telling each other, "Hey, he is really good."

There was one match against X Junior College. In that team, there was a foreign student and he was a good hitter. My players had heard of him and were weary of this particular player.

When they came to our home court and started to warm up, we could really tell who was the outstanding player. The boy could hit pretty aggressively at the baseline.

After we had submitted the line-up, we found that my best player would be playing against him. So we were all looking forward to the match.

At the start of the match, they were pretty evenly matched. My player played more with a counter puncher style and he was able to return many balls back to the opponent.

By the 4th game, the opponent was hitting many shots out of the court. The more unforced errors he made, the more frustrated he got.

In the end, we won 9-4. I learned from his teacher that the boy did not have much match experience. He was able to hit well but the mental toughness wasn't there.

So the next time you happen to see a player hitting impressively during the warm up, don't lose confidence and start to think about those negative things. Formulate a game plan and play your game. The true self will appear during the match.

We had our last quarter final match where the winner would advance to the semi-finals. So both teams were feeling the pressure. The spectators were cheering extra loud behind the fence and that irritated the players. There were also disputes on the line calls and arguments were flying all over the place.

The thing about tennis is that you can't call for timeout and talk it out. Whatever frustrations you are facing, you have to manage it on your own. I think my players lacked the experience to manage their emotions and they lost their cool.

After the match, they kept complaining to me about the lack of sportsmanship, the spectators that were irritating and the officials who were incompetent etc. I lent my listening ear and let them vent their frustrations. Whatever I said, they wouldn’t listen at that point of time.

During the match, go back to your routine, breathe and calm down. Focus on the things that you can control and play according to your game plan.

These lessons are so important to me because the situations will repeat again in future. I hope by sharing these lessons, the coaches, teachers and players are more prepared to handle the different situations. Managing a tennis team is not easy but it’s certainly fulfilling to see the players excel and leave the court with no regrets.