How To Improve Your Court Positioning In Tennis

You saw the ball coming from the opposite side of the court and you quickly ran in, thinking of hitting it over after it bounces up.

As you stopped and prepare to swing the racket at the ball, the ball jumped and past your racket. You missed the ball totally. "Argh... not again..." You complained to yourself. Your friends laughed at you and you walked back to the baseline for the next rally.

If you are facing the situation described above, you are not alone. It is very common for tennis beginners to misjudge the ball and miss the shot totally. And sometimes even advance players commit the same mistake and lose the point.

In the video, I’m going to drive two shots. Here, what I want you to do is to observe where the first bounce and the second bounce are.

After you have seen the two shots, you should have noticed that the two shots landed somewhere near the service line on their first bounce and their second bounce was behind the baseline. 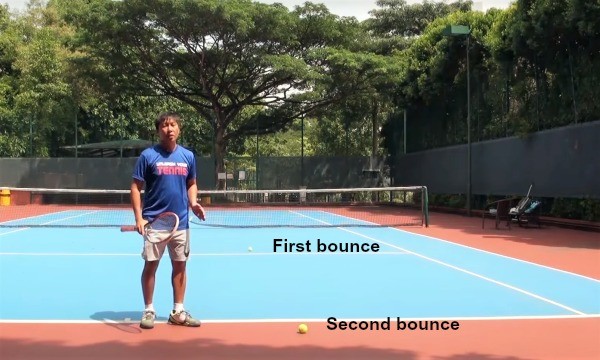 Observe the first and second bounce

From the position of these two balls, we can see that in general, when you are playing with an opponent with high topspin shot, you need to position yourself somewhere behind the baseline. Probably you should position one meter behind the baseline and this will help you to give you more time to prepare the swing and also gives you more space to swing at the ball. Many times, I’ve seen tennis players rushing in to take the shot after they observe the first bounce. Then the ball comes up high above their shoulder and they struggled with the shot.

Improve Your Court Positioning And Be Consistent.

If you’re a beginning tennis player, I have a few suggestions to help you to improve your court positioning so that you can hit the ball more consistently.

#1: Position behind the baseline 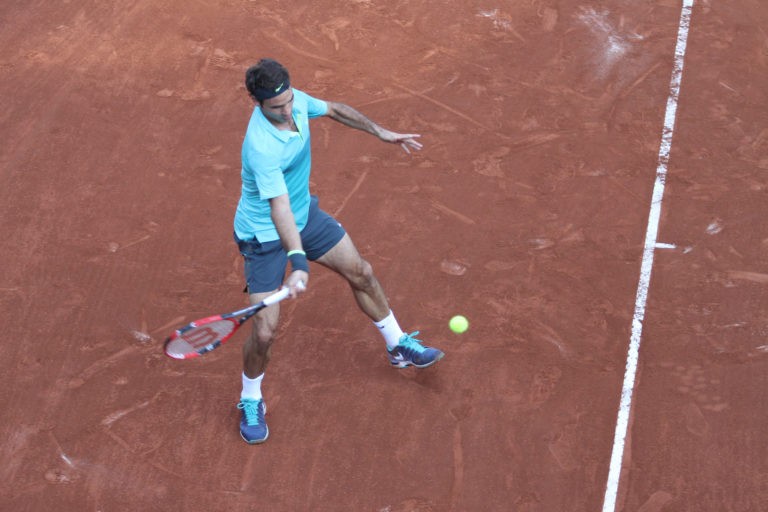 Notice that many professional players tend to stand behind the baseline

#2: Estimate where will be the second bounce

Now, prepare your back swing early. Just because when you see the first bounce, you should be preparing the back swing so that when it kicks up all the way towards you, you are ready to strike the ball.

As you become more advanced, there are a few other things that you should observe as well. For example, you should be able to observe what your opponent is doing. Furthermore, If you observe the opponent doing a low to high swing pattern, it tells you that you are going to receive a topspin shot. If you play with your opponents with heavy topspin, their shots tend to land pretty deep and you need to position further behind the baseline.

Finally, I suggest you gain more experience by playing with different players. Some players love to vary their ground strokes, therefore, they like to hit with topspin or slice. Your experience will need to come in for your court positioning. Either it could be a high ball or a low skidding ball.