In this tennis lesson, I want to address a tennis forehand question that was posted online. I believe it is a common problem faced by many tennis players.

Here is the question: “ Can anyone help me? I have been playing tennis for months now, and I have known my weakness and that is my forehand. My backhand is much more consistent. My tennis forehand is a big problem. When returning during a rally, my forehand shots usually go short in the court and has no depth or power compared to my backhand. Please help thanks! “

Well, I am not sure how this person’s tennis forehand technique looks like. So, I will talk about the ideas of hitting deep forehands and propose two suggestions for you to consider.

Mistake #1: Hitting the ball too thinly without extension

The first mistake that I have observed among many tennis players is not extending the racket swing path. They have learnt the idea of the windshield wiper forehand swing but I feel that they failed to extend the swing path. My concern is they are too eager to 'brush’ the ball up to create the topspin. The end result is that the contact is very ‘thin'. Moreover, the ball will just travel over the net with some topspin but not penetrating enough to go deep. 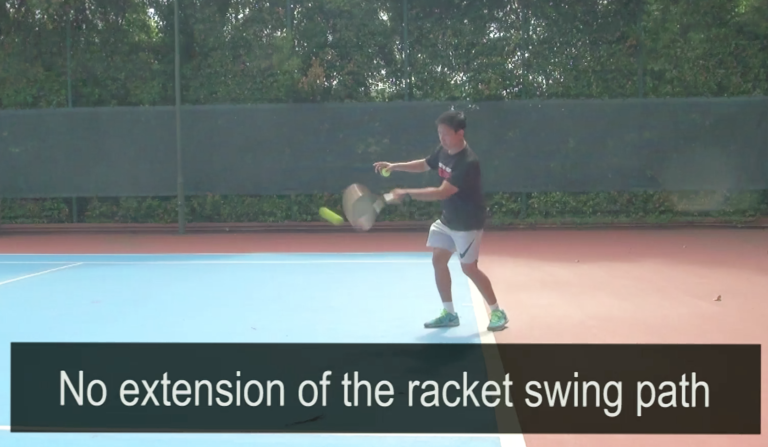 Contacting the ball too 'thinly' 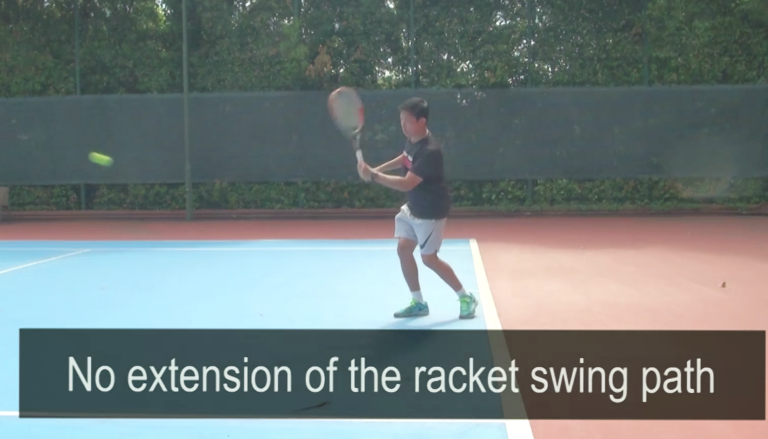 Windshield wiper technique without the extension

Here is the solution to what you can do when you practice next time. Firstly, line up three balls on the ground and practice ten shadow swings, then visualizing that you are hitting through the three balls. Make a conscious effort to extend the racket swing path before you do the follow through. 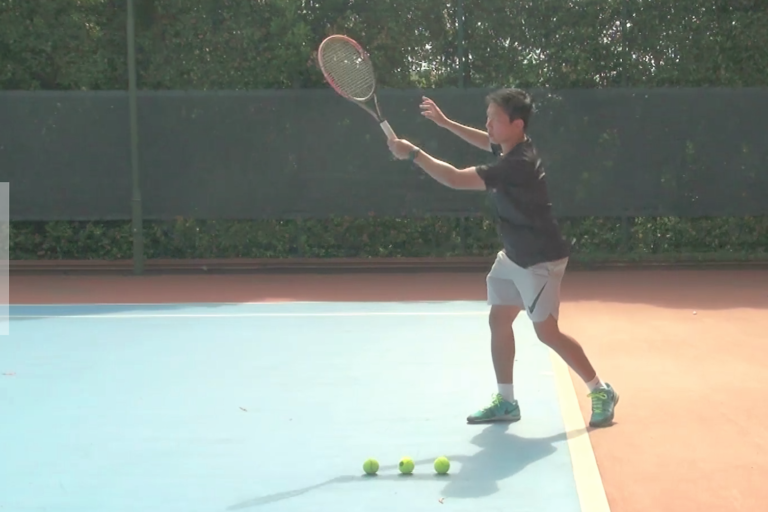 Next, practice dropping feeding to yourself and practice hitting through the tennis ball. If you extend the swing path, you should see the ball penetrating deeper into the court.

Mistake #2: Not enough height to achieve the depth

The second mistake that many players commit is aiming the shot to just clear the net. There are some elements of risk here. First, the chances of unforced errors are high. By aiming to clear just above the net, you may end up hitting the balls to the net.

Tennis is a percentage game, if you commit more unforced errors than your opponent, you are not going to win the match.

Second, the ball will dip faster and end up short for your opponent to attack you. Why give the opponent these opportunities to attack you and you scramble for the balls?

Solution: Think of aiming three to five feet above the net

The solution is pretty simple. Next time you practice rallying from the baseline, I want you to aim three to five feet above the net. 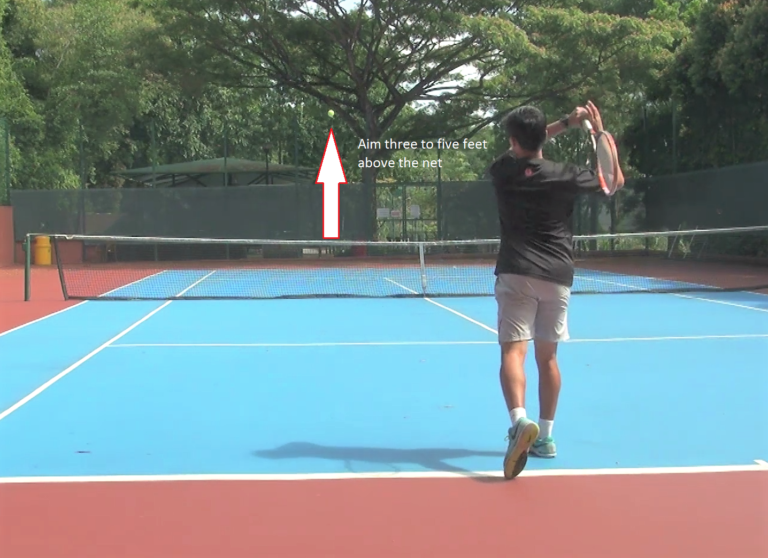 Aim three to five feet above the net

Finally, if you want to hit your tennis forehand shots deeper, you got to extend the swing path by hitting through the ball. Think of hitting through three balls instead of one. The next thing is go for the height so that the shots will go deep. Aim three to five feet above the net. If you can implement these two ideas, I am sure your forehand shots will be more powerful and penetrate deeper into the court.

Let me know your results in the comment box below so that we can continue with the discussions.