When you are playing in recreational tennis tournaments, what type of tennis groundstrokes the players play? Did you observe that the winners of these tournaments do not possess the most beautiful tennis groundstrokes? They are able to win because they can employ good strategies and direct the ball to the right place with a very good feel. You find this situation more common when you watch the older and senior players. Playing with them is not an easy feat.

Why I am saying this, because, players love to pursue hitting the most beautiful tennis groundstrokes. 'Beautiful' in this context means nice back swing, solid contact point with the great racket head speed and long follow through. These important factors matter, especially at professional level.

Tennis players can improve their tennis groundstrokes through a mix of repetition. They can practice in training and coaching sessions. The ability to work on your shot over and over again helps eliminate errors. This is the key reason why coaching is so important. Structured coaching also allows players to use the skills. Plus, experience of their mentor helps them to isolate very specific mistakes in their shot delivery. And avoid mistakes in their execution that prevent them from hitting the best possible ground strokes.

However, there are some limitations to one on one or group coaching dynamics. The major one is hitting balls which are served by a coach from a bucket of balls. This means the natural variations of the return shot that an opponent will test you with are lacking. This problem is even more prominent when using a ball machine. It is unable to replicate when a ball travels oddly after a human player “frames” the shot or hits an angle impossible for a machine to replicate.

To move your tennis to the next level and improve your game it is necessary to develop tennis groundstrokes flexibility. Edgar Giffenig, author of the book, "Developing High Performance Tennis Players" talked about the five essential tennis groundstrokes variations that you need to know. These variations encompass all the types of shots that you have to adapt to the situations that arise in match play. Let’s take a look at them.

The neutral shot may not have the most attractive sounding name, but it is a crucial part of every players skill set. The reason is that this shot is the one that builds the point before you are able to target a “winner”. If you watch the top players, what separates the Djokovic and Nadal quality players from the rest is the ability to remain patient. They wait for the perfect opportunity before going for the big shot to end the rally and win the point.

The neutral shot should have a focus on consistency and the placement should be deep in the court. A good way to quantify the speed at which to hit a neutral shot is by setting a goal to hit six to eight shots in a row without missing. If you are able to do that, it means that you are capable of controlling the ball at higher speeds. Therefore, should be more aggressive to increase the effectiveness of your game. 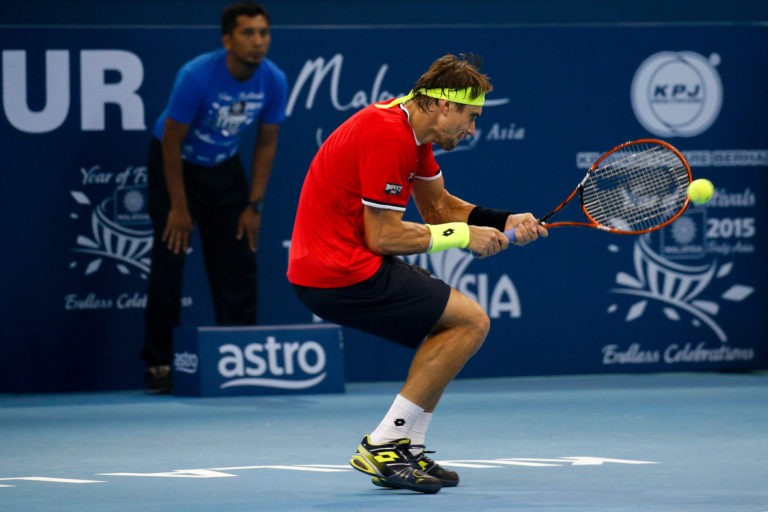 Watching junior and amateur players, it is surprising how often a high looping ball return will end up at the bottom of the net. They waste a perfect opportunity to punish an opponent for a weak shot. The reason for this is that players do not adapt well enough to the short and high ball.

The most important thing to do with this shot is to attack the ball. The basics for the shot are the same. You can use your feet to make the ground to the ball so you can slow down slightly before you hit it. If you reach the point of contact at a full sprint it is most likely that you will hit the ball long.

The next choice you have to make is whether to hit a volley or hit the shot on the bounce. If it is a volley then remember that a “push” to direct the shot rather than a long follow through is the best way to approach the shot. If you choose to hit a ground stroke on the bounce then your preparation should be at the shoulder level. This will allow you to hit through the ball with little spin. Thus, the objective of the shot is to hurt the opponent.

Half volleys are the shots that bounce halfway in the court. These are not quite a volley, but are also not deep enough for a traditional tennis groundstrokes. These shots are challenging. So, the best way to approach them is to turn the half volley into a full volley or play it as a modified chip shot.

Quick footwork will help to charge towards the net and play the shot as a volley. You should catch the ball while it is still high enough to play a volley. The chip shot is the other option. This involves lowering the top of your racquet head to face the ground to counter the low bounce of the ball and to flick it over the net. Be warned, however, a chip shot can invite your opponent to attack the ball with a volley or overhead lob.

Another situation where you need to use the half volley is when the opponent’s ball lands very close to you. Thus, not allowing you to back up or when you are returning a first serve. In both cases, shorten your back swing and drive through the ball by using the opponent’s pace. The goal of the shot is to return to a neutral situation in the point.

Executing it correctly means hitting the ball with a lot of topspin. Using the wrist and forearm, and finishing low toward the pocket of the non-hitting side of the body.

The lob is difficult to execute. Learning this technique can result in a clever way to catch an opponent off guard. When your opponent is on the net playing in the volley position, you can use this shot in such match situation.

A lob requires the tennis groundstroke to be modified to angle the racquet as a 45-degree or more to get the necessary lift behind the ball. How much angle you employ will depend on the position of the court and also the height of your opponent. This shot has a very high margin of error. Trying to lift it over an opponent and still land it in the court results in a small target to aim at in the court.

Do you think hitting the most beautiful forehand and backhand is the most important for recreational players?

Do you agree with the idea of developing tennis groundstrokes variations?