In this video lesson, I want to talk about how to improve your tennis serve toss. The toss is one of the crucial factors for consistent serves. If you can toss well, you have one less worry for your tennis serve.

First of all, let me address some of the common mistakes then I'll show you the techniques of how to do a proper tennis serve toss. Finally, I will share with you how to practice the toss whether you are a beginner or intermediate player.

How To Get Consistent Tennis Serve Toss ?

The toss is so important because you want to racket to contact the ball at a consistent place. If your toss is all over the place, your racket needs to find the ball, which leads to inconsistent tennis serve. The worst is you need to move a few steps to serve!

The common mistakes that led to bad toss are:

How to Solve the Problems

First of all, you got to hold the ball in a relax manner. Don't treat the tennis ball like a stress ball. For me, the ball is mostly held by the finger pads. The thumb is in front of the ball and my little finger is at the side of the ball. The palm is not touching the ball. You can think of these four words, "Fingers dirty, palm clean" to help you remember how to hold the ball. 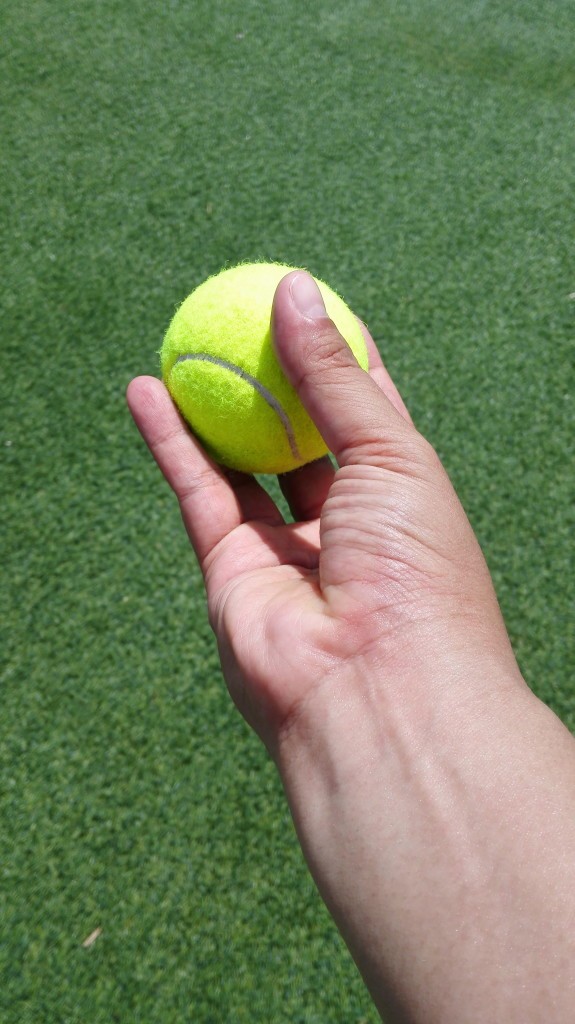 The next part is the tossing arm. Throughout the toss, keep your arms straight because you want the ball to be slightly in front of you. So remember, straight arm movement. 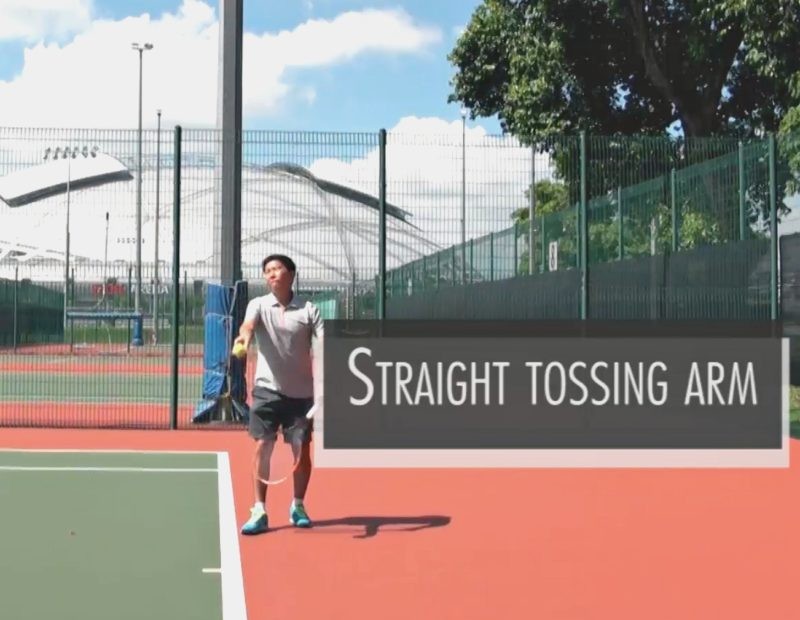 Straight tossing arm throughout the toss

Release the Ball When Forearm is Around Eye Level

When do you release the ball? Take note that I used the word 'release', not 'throwing'. Throwing involves speed and we don't want that. Instead I want you to think of releasing the ball upwards. You can release the ball when your forearm is around your eye level. Release the ball naturally upwards. Imagine you want to place the ball on a high shelf.

After you released the ball, follow the ball upwards until your tossing arm is pointing to the sky.

Where Should the Ball Be?

If you do the above points correctly, the ball should be going up nicely in a floating manner and it will be slightly in front of you. The ball should land inside the baseline if you let it drop to the ground. 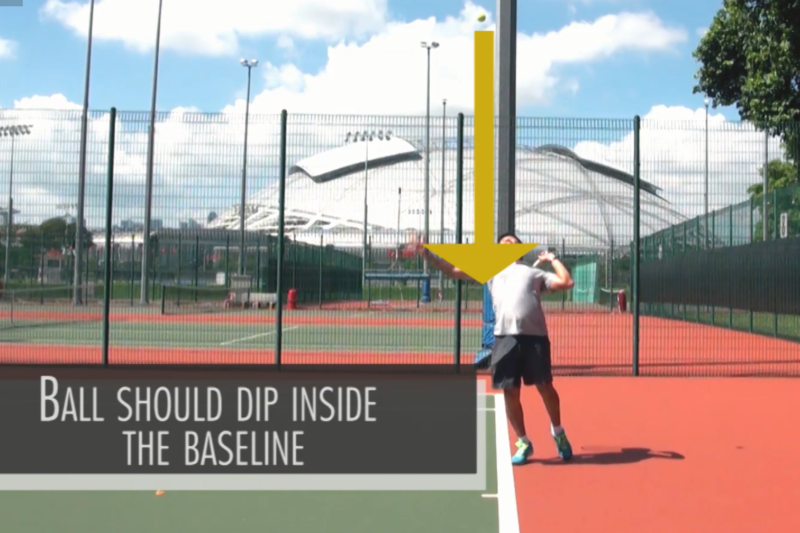 The ball should dip inside the baseline

When you are practicing the serve, I recommend that you practice holding the racket behind the head while you toss. Practice tossing and catching the ball above your forehead. Your tossing arm should be straight when you catch the ball.

After you consistently toss and catch the ball at the right place, serve the ball over the net.

For Intermediate and Advanced Players

If you want to improve your toss without serving the ball over the net, I suggest you practice the toss together with the racket movement. Work on the tossing technique and pull back the racket at the same time.

Do Not Practice the Toss in Isolation
If you are practicing your tennis serve toss at home without the racket, then move the arm that is holding the racket as well . Do not to practice the toss in isolation because it doesn't mimic the real serve. Remember you want to simulate the serve as realistic as possible.
Try these techniques so that you get proper tennis serve toss consistently.

Let me know what you think. Put your comments in the comment box below.